Meet Inspiring Speakers and Experts at our 3000+ Global Events with over 1000+ Conferences, 1000+ Symposiums and 1000+ Workshops on Medical, Pharma, Engineering, Science, Technology and Business.

Unique Opportunity! Online visibility to the Speakers and Experts

Neuroscience Conferences Committee   is currently bringing forth “6th Global Experts Meeting on Parkinsons and Movement Disorders” (Euro Parkinson’s 2020) slated on October 21-22, 2020 at Paris, France. Neuroscience Conferences Committee invites all the participants across the globe to attend and share their insights and convey Advance Research in the field of Parkinson’s & Movement Disorders.

Euro Parkinsonsn 2020 gathering is predominantly will focus the most recent and energizing developments in each range of Parkinson’s research, and it will offer an exceptional opportunity for specialists from all over  the world to meet, network, and distinguish with different scientific interactions.

Parkinson’s disease is a dynamic neurological disorder that influences how the individual moves, including how they talk and compose. This disease is caused by low dopamine levels. Various useful treatments, utilizing therapies (physiotherapy), surgery and medications have recognized neurological disorders and changes in the patient group. People with Parkinson’s disease also experience stiffness and they find abnormality in carrying out the movements as rapidly as before- this is known as bradykinesia.

It is our great pleasure to welcome you to the “6th Global Experts Meeting on Parkinsons and Movement Disorders” during October 21-22, 2020 at Paris, France.

The Conference will encourage new discoveries and research by providing a platform for reporting of unique and unusual cases which enhance understanding of disease process, its diagnosis, management and clinic-pathologic correlations. It will provide a podium for wide-ranging aspects of psychological, neurological, molecular, genetic and behavioural pathways underlying addiction, and will focus on novel therapies providing quality care for people with unhealthy alcohol, tobacco, or other drug use and addictive behaviours across a spectrum of clinical settings. It will comprise of opening Keynote lectures by the renowned researcher and noble members working in the field of Neourology disorders research and treatment followed by the special workshop and symposium sessions by eminent scholars and therapeutic members for all the three days of the conference.

Who you will meet?

Why you should attend?

Euro Parkinsons 2020 market is set to expand from $2.1 billion in 2014 to $3.2 billion by 2021, at a moderate Compound Annual Growth Rate (CAGR) of 5.7 percent, game-changing treatments will not be available for the foreseeable future, according to business intelligence provider GBI Research.

There are around 10 million individuals experiencing Parkinson's infection all around. Parkinson's, as far as its essence, has a higher recurrence in the created nations. In the United States (U.S.), around 60,000 new cases are determined to have Parkinson's, every year. Parkinson's malady is an idiopathic sickness happening because of obscure causes. By and by, just symptomatic medication medicines are accessible in the market. Additionally, these indications are analysed at later stages when the greater part of the dopamine creating cells have lost their capacity. This situation demonstrates a looming requirement for inventive medications.

The worldwide Parkinson's sickness showcase is divided on the premise of medication sort and topography. As per sedate sort, the market is portioned into, advertised and pipeline drugs. The showcased drugs are additionally divided into Levodopa, Dopamine agonists, Apomorphine, Glutamate rival, Anticholinergics, COMT inhibitors and MAO-B inhibitors. Topographically, the market is sectioned crosswise over four locales to be specific North America, Europe, Asia Pacific, and LAMEA.

The market for neurodegenerative confusion medicines can be separated into three portions: dynamic dementia, dynamic dementia with other neurological variations from the norm, and development issue.

In spite of energizing advances in the treatment of disorders of dementia and development issue amid the previous three years, a total therapeudic treatment or medication item has not been found to date. This is basically because of the diverse idea of the maladies and the way that the majority of their fundamental causes are as yet obscure or being contemplated. Various medication items are in the market; nonetheless, these medications are to a great extent for the symptomatic treatment of these sicknesses. Along these lines, there is an earnest requirement for medications for the neurodegenerative sicknesses influencing a huge number of individuals around the world.

Major Associations around the Globe

Around 500 top universities globally working in the field of Neuroscience

All around the globe there are 6000 hospitals working on Neurology

We gratefully thank all our wonderful Speakers, Conference Attendees, Students, Media Partners, and Associations for making Parkinson’s & Movement Disorders 2018 Conference the best ever!

The 4th Global Experts Meeting on Parkinson’s & Movement Disorders, hosted by the Conference series was held during May 14-15, 2018; Singapore based on the theme “Advanced Research and Progressions in Parkinson’s Disease". Benevolent response and active participation was received from the Organizing Committee Members along with Professors, Researchers, Students and leaders from various fields of Neuro Science who made this event a grand success.

Conference series expresses its gratitude to the conference Moderator for taking up the responsibility to coordinate during the sessions. We are indebted to your support.

The meeting reflected various sessions, in which discussions were held on the following major scientific tracks:

Parkinson’s congress-2018 Conference offers its heartfelt appreciation to Organizing Committee Members, Honorable Guests, Chair, various outside experts, company representatives; eminent personalities who interlaced with Conference and supported the conference in every aspect, without your support the conference would not be possible.

Your rejoinder is our inspiration; keeping this motto in mind and being witnessed the triumph of Euro Parkinson’s 2020

Neuroscience Conferences would like to announce the commencement of the 6th Global Experts Meeting on Parkinson’s and Movement Disorders October 21-22, 2020 Paris, France

We welcome all the eminent researchers, students and delegate participants to take part in this upcoming conference to witness invaluable scientific discussions and contribute to the future innovations in the field of Neuroscience Conferences

To Collaborate Scientific Professionals around the World

Abstracts will be provided with Digital Object Identifier by

Universal acclaim based on
8960 Ratings 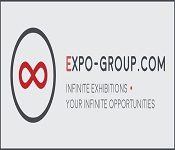 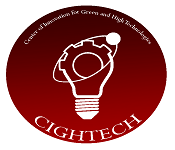 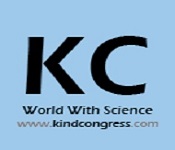